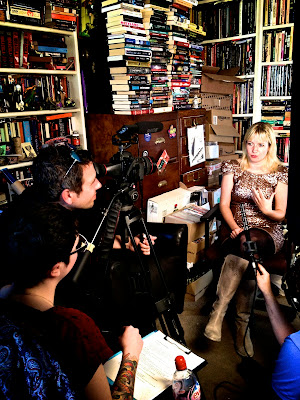 Lauren was a huge 2000AD fan growing up in South Africa, and has written a foreword to the new release of Alan Moore & Ian Gibson's seminal sci-fi adventure, The Ballad of Halo Jones.  She has also written several comics, including a recent run in Vertigo's Fables spin-off title Fairest.

During her UK visit promoting her latest book The Shining Girls, she found the time to sit down in front of our cameras for FUTURE SHOCK!

We chatted about how Halo had inspired her and her writing, (the character of Toby in Moxyland is named after Halo's dog!).  It was fascinating to hear about how the subversive nature of 2000AD impacted on her while growing up under apartheid in 80's South Africa, comparisons between Halo and Judge Anderson, as well as her thoughts on women in the comic book industry.

Many thanks to Lauren and the people at Harper Collins for squeezing us in!  Big cheers to Kim also for letting us in at the crack of sparrows :) 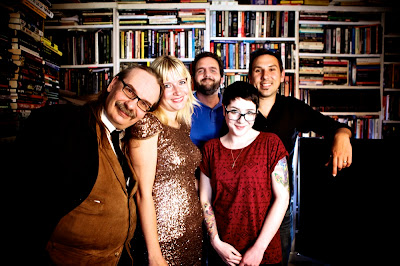