Last week we embarked on an epic road trip out to the beautiful west country, visiting four of 2000AD's most popular contributors from the last decade.  These guys are all part of a generation that grew up as 2000AD fans, were inspired by the comic and then each given the opportunity to contribute to it.  That's something I used to dream about myself as a kid.  These guys got off their backsides and actually did it. 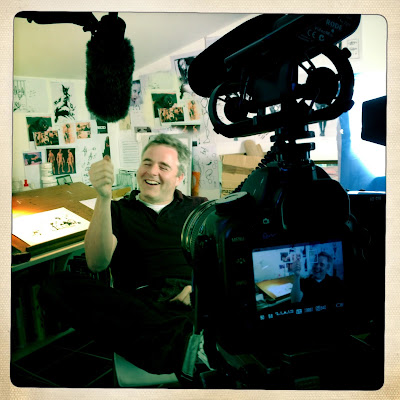 First stop on the map was the the home of 2000AD, Losers, Batman & Green Arrow artist & fan favourite Jock.  We sat for a couple of hours in his fantastic purpose-built studio at the bottom of his garden (this studio is legendary among creators in this part of the world!).  It is a very cool space, with framed Kennedy, Dillon & Bolland artwork from the 80's 'golden era' decking the walls, alongside dozens of Jock's own draft sketches for his various upcoming projects.

Thanks to Jock we had a wicked interview, and had time to fart around with some replica Dredd stuff that happened to be lying around.  Such geeks :D 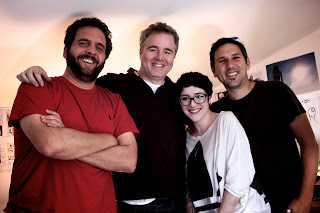 Later in the afternoon Lee Garbett kindly came over to speak to us.  Lee's a great friend of Jock's and we had a really fun interview while Jock was hurling Derek & Clive quotes at him from behind the cameras!  Lee's been doing fantastic work for the big 2 in the States, so it was really interesting to get his perspective on his experiences working at 2000AD.  His most recent contribution to the world of 2000AD was the cover for the Megazine 336 in May, which imo is a classic, iconic Dredd image.

Lee & Jock, along with the local crew of John, Dom, Brendan and Lee treated us to a great night out that included famous local beers, much comic and movie chat and a delicious flamingo curry. Cheers to everyone for extending us the warmest hospitality! 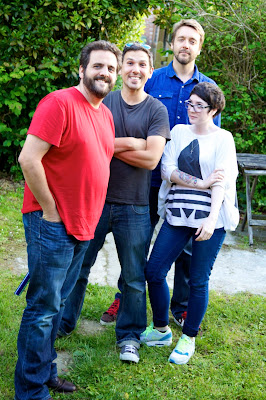 Next day we were up with the Sparrow's, heading northwest to visit one of 2000AD's top artists over the last 10 years and another huge fan favourite, Henry Flint.  Henry's always been a huge fan and his relationship with 2000AD began with the very first prog!  We spoke about his influences and the inspirations behind his iconic style, as well as his opinions on the current era and future of the comic.

Henry was kind enough to let us film him doing what he does best, and he pulled off a fantastic portrait of my personal favourite 2000AD character, Nemesis.  So huge thanks again for taking part, and allowing us to take over the living room for the afternoon! 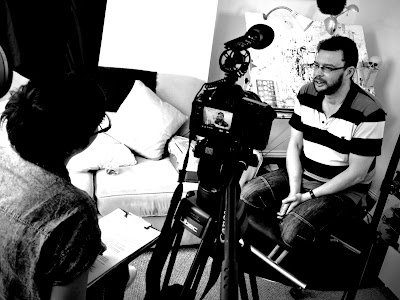 Last stop on the tour was back up the M5 to the home of Rob Williams, one of 2000AD's most popular writers in recent times.  We especially loved his work on Low Life and Trifecta, and Rob was happy to talk to us about the background behind these hugely popular strips.  In fact Rob was so generous that when we were really getting into it we sort of ran out of time - he had to pop out to pick up his little boy from school.  He was kind enough to let us wait for him to return and so we carried on for more interview goodness! 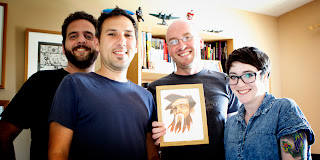 Once again we've been blown away by the fact that the contributors are so happy to share their stories with us, and honoured that we've been made so welcome by everyone, it's testament to the impact that 2000AD has had on people's lives.

Thanks again to Jock, Lee, Henry & Rob, hope to see you all again soon! 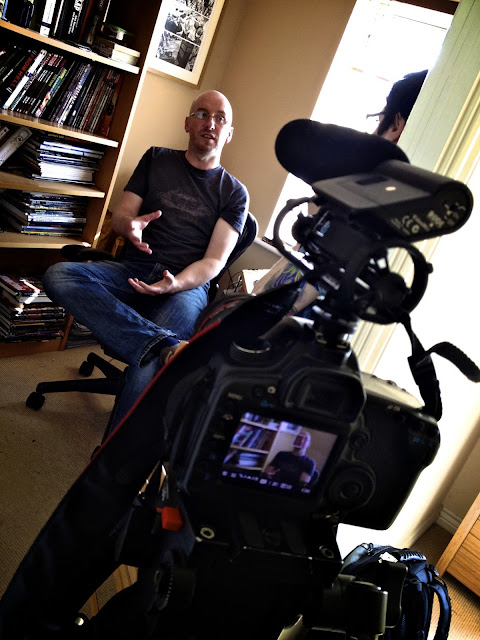