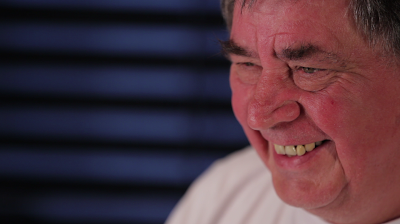 Last Friday we took the production to north of the border on a mission to the Glasgow Comic Con, for a sunny thrill-packed weekend!  Five of us: myself, Jim, Nick, Helen and Sean flew up early Friday morning and stayed together in an huge 3-story Georgian house in the West End of Glasgow.  The place was beautiful, with its own screening room (which sadly never got used in the end).  It was cool to have the place as a base where we could all eat, work & then chill out together after filming.

So first up on Saturday morning we had the opportunity to sit down with the man himself, John Wagner.  Naturally he is a very busy man, and one of the top con guests, so we were really lucky to secure an interview which we were all super excited about.  John chatted about the origins of 2000AD, the concept behind Dredd, his opinion of the movies and more.  It was definitely an honour to meet and share some stories with him.  Big cheers to the big man! 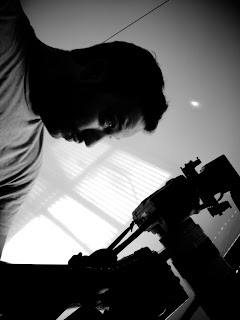 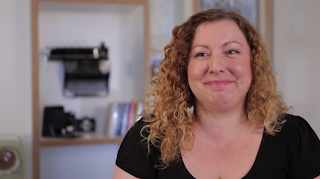 Next up we interviewed Emma Beeby, who is of course famous for being the first woman to write Judge Dredd.  Naturally we had a fascinating discussion on the role of women in comics, both at 2000AD as well as the industry as a whole.  Emma also talked to us about being a fan of the 2000AD before getting to work there, and how the dream became real for her!  She was very generous with her time and once again a huge thanks to Emma for taking part.

Next up was Colin MacNeil (one of Nick's all time favourite artists) scheduled for the afternoon.  Colin is a very softly spoken, kind and sharing man, and he was very open and honest in his interview.  It's always nice to capture the 'moment of truth' on camera, an Colin is the sort of guy who considers his answers very carefully.  I haven't read too many interviews with him over the years so it was a real treat to have him sit down with us.  Thank you, Colin! 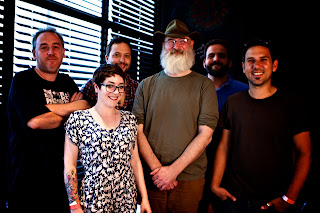 After a long day's work we hit town and hooked up with Andy Diggle for a few drinks in some of Glasgow's famous drinking establishments. Comics and movie chat flowed like Estrella from a tap.  Then we were up and at 'em again on Sunday for another full day, first up Alan Grant. 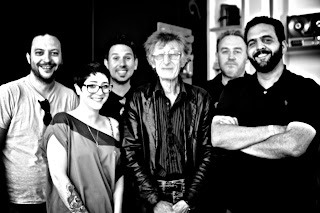 Alan is such a legend and another personal hero.  We were very lucky to have him spend a couple of hours with us blazing through everything from the old days at King's Reach Tower, his time on the editorial team, as the co-writer of Dredd and Strontium Dog and his view on the history and legacy of 2000AD.  Hopefully we didn't bore his 2 granddaughters, who came along for the interview!

Talking to Alan was certainly a highlight of the production so far - as was our next subject, Carlos Ezquerra.  Again, I've not seen too many interviews with Carlos over the years, so it was really a major honour to meet and chat with him, and what a cheerful and sweet man he is.  There were some revelations about some of his designs and concepts that I had never realised, and it's only when you actually meet creators that you can fully appreciate the things that maybe you have taken for granted over the years, at least I am certainly guilty of that anyway.  It was a funny, moving and insightful interview, muchas gracias Señor! 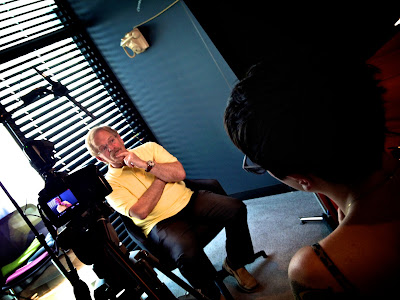 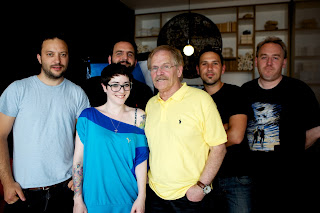 So the last interview of the weekend was with a favourite artist of all of ours, and I'm sure of anyone who read 2000AD at some point in the eighties, Cam Kennedy.  Cam is such a legend for his part in the history of Rogue Trooper, the VC's as well as Dredd of course, and especially for Sean, Nick and myself he represents 2000AD's golden era of our youth.  His archetypal designs of those much loved characters have cemented themselves in the comic's history, and we talked at length about his own techniques, as well as the European influence on 2000AD.  So thanks again to Cam finding the time to talk to us, it was an honour! 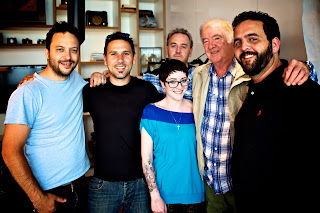 We also timed the trip with Seany's birthday, and so we managed to squeeze in a booze run to Sainsbury's just before closing time on Sunday for a thrill-soaked evening of Pictionary wars and dancing to a playlist of punk, funk & Disney favourites.  Many happy returns dude. x

Finally, a huge thanks goes out to Babs at the Hotel for allowing us free use of all the eclectic meeting rooms in the SocietyM area, the interviews are all looking cracking!  x

All in all it was a hugely rewarding trip, and so thanks once more to all the contributors who made time for us. Hopefully they have enjoyed talking to us half as much as we enjoyed listening! 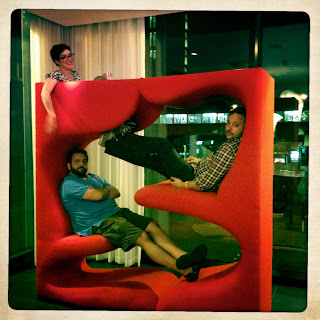