Last weekend we traveled up to Edinburgh for the Book Festival, the latest trip on our shooting schedule. The Stripped programme meant that a huge gang (a troupe? A murder?) of top comic creators would be assembling for the weekend, so we hired some digs, found a cool location around the corner from Charlotte Square and set up camp. 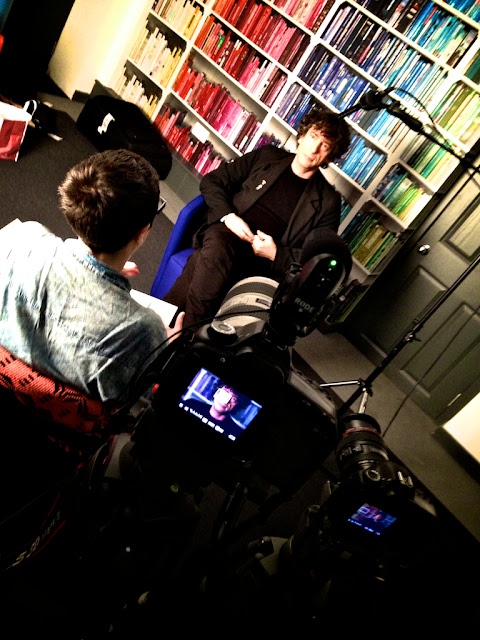 The first interview on our schedule was the legendary writer of Sandman, American Gods and many more seminal novels and comics, Neil Gaiman.  2000AD printed Neil's first ever published comic back in 1986, a Future Shock called 'You're Never Alone with a Phone', and in subsequent years Neil went on to become one of the most successful and influential comic writers of all time.

2000AD obviously had an impact on him as a young reader and he talked to us about fond memories of the stories, characters and contributors he enjoyed in his formative years.  We went on to speak about wider cultural impact that he observed during the early 80's, his own time working on the comic as well as many other fascinating topics that I just can't wait to start editing.  It was a truly compelling interview, and we're thrilled to have Neil involved in the doc - many thanks! 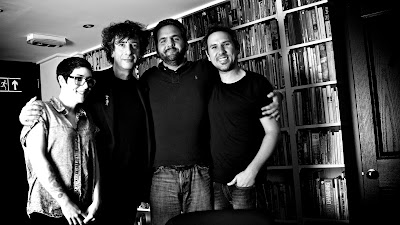 Saturday afternoon we were joined by one of 2000AD's longest serving artists, John Higgins.  John's first work for the comic was way back with the cover of prog 108 and he's still contributing today!
Along the way John also found huge success as the colourist on Alan Moore's Watchmen and The Killing Joke.

John provided some great entertainment and is a real character, and we got a fascinating insight into his background in the underground comics scene, through the years developing his techniques on other 2000AD characters, right up to his thoughts on why HIS Dredd always seemed to enjoy getting up close & personal with a day stick..!  Cheers to John for being part of the doc. 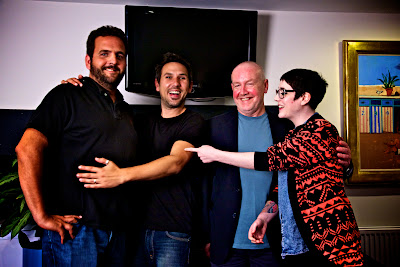 First up on Sunday morning, ex-Tharg and freelance writer for 2000AD, David Bishop.  Rocking some frightening black & white winkle-pickers and, like Neil Gaiman the day before, dressed all in black, David was on top form.  We had a hilarious peek behind the curtain of the 2000AD Nerve Centre, with sometimes shocking, occasionally bizarre and always insightful anecdotes from the late 90's.  David literally wrote the book on 2000AD - in 2007's Thrill Power Overload, he documented the history of the comic as we are doing now in film.  He had a very deep knowledge and a lot to say, all of which will be revealed in the doc itself!  Once again, huge thanks to David for taking the time to talk with us. 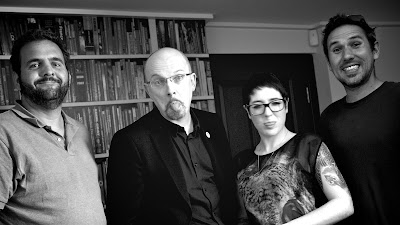 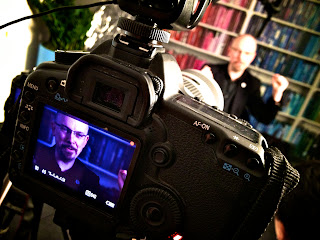 Our final interview of the weekend was another legendary artist to work on the comic, Bryan Talbot, the author of many classic comics such as Luther Arkwright, Alice in Sunderland and the Grandeville series.  Bryan took over from Kevin O'Neill as the artist on Nemesis the Warlock in 1984 and he completely made it his own.  His run on The Gothic Empire chapter was such an important and impactful story, which we discussed at length, as well as his thoughts on the importance of 2000AD and his curious interest in images of sex and death... once again, all will be revealed! 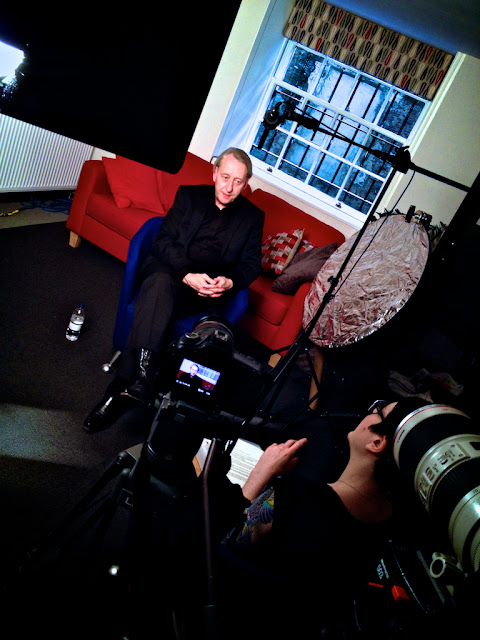 Bryan was our third interview subject of the weekend who dressed completely in black, and he was also rocking some pretty fierce black cowboy boots - what is it with these comic book guys and their badass shoes!?

Cheers to everyone at the festival, Pamela at Nexus Creative Space for the use of the room, and a massive thanks again to Bryan, David, John and Neil for taking the time out to come and share your stories with us.