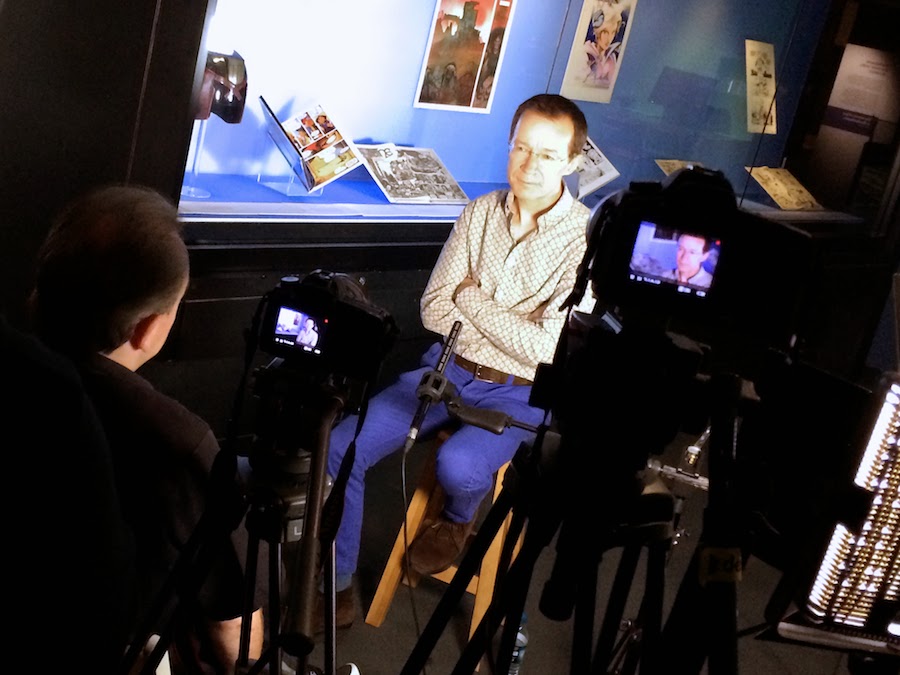 Last week we had a lovely chat with Paul Gravett, comics activist, and one of the curators of the Comics Unmasked exhibition currently running at the British Library.

Sitting among the exhibits, Paul was kind enough to find the time for a stimulating discussion about the history of comics and 2000AD's place within it.  Paul's perspective as a comics historian offers a fascinating insight into the the cultural importance of the medium, including 2000AD's contribution to the comics industry and pop culture in general.

The exhibition is very classy indeed, and it was especially thrilling to see the infamous 'Burger Wars' strips from Paul's private collection.  These chapters we part of the epic Cursed Earth storyline in Judge Dredd in the early 80's, and were completely deleted from subsequent reprints of the saga to avoid legal repercussions from Burger King & Maccy D's.  I had only seen scans of a few of the pages before so it was cool to see them first hand on the old yellowed paper!

Big thanks to Paul, also to Evie Jeffreys at the British Library for arranging us access to film.

The Comics Unmasked exhibition is running until the 19th of August, check it out..