The (not in any way) Grievous Journey continues..

Another day, another epic road trip!  Once again we embarked on a 3-stop tour of Britain to speak to some of 2000AD's most popular current creators.

First stop - Birmingham and to the home of Ian Edgington.  Ian has brought his own weird worlds and many original creations to 2000AD over the last few years in hugely popular new strips such as Leviathan, The Red Seas, Stickleback and most recently Brass Sun (loving it!).

We set up in Ian's office among an absolute treasure trove of comics, fantasy & sci-fi memorabilia. It's like a museum!  This is one serious collection, my favourite piece being the little James Brown figure from The Simpsons hiding in the back of our shot  :D 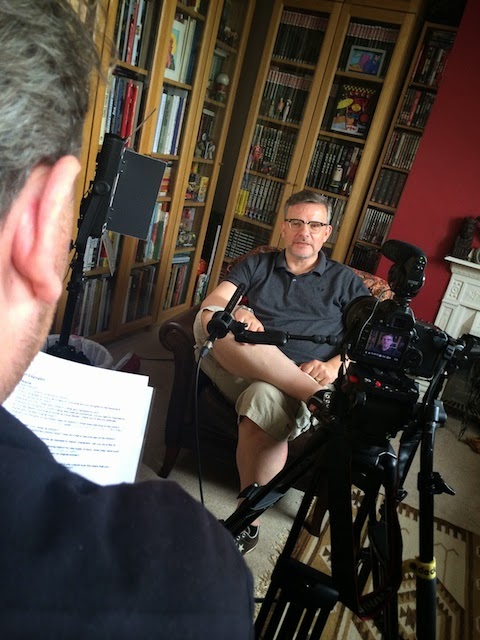 We had a great chat about all things 2000AD, focusing on more recent eras right up to the shape of the comic today.  Ian's a gent, he and his wife were very welcoming and gracious hosts, so many thanks to them for having us.  Hope the decorating is going well guys!

Onward to the Manchester and the home one of 2000AD's longest serving artists Steve Yeowell. I was first exposed to Steve's art in Grant Morrison's Zenith back in the 500's, which is surely one of the comic's all-time seminal strips. I remember how I found his combination of realism & horror absolutely chilling and really hadn't seen anything like his style in the comic before. Re-reading through some of the progs doing research for the doc it still creeps me out. 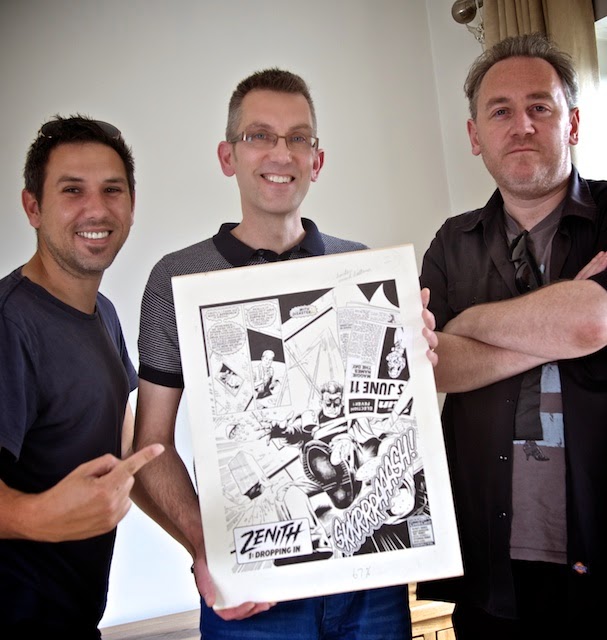 So Ian's 2000AD career stretches back from the 80's right up to the current issue with art duties on the brand new strip Black Shuck, written by Leah Moore and John Reppion - who in a handy not-too-clumsy-segue kind of way were the next stop on our journey!

Leah & John are a short hop from Steve over in Liverpool, and we had a great discussion about the history and impact of 2000AD, their contribution to current era and of course Leah's unique perspective growing up in the home of one of the comic's legendary writers.  Once again, Leah & John made time for us in their busy schedule and family home, and were extremely gracious and welcoming. 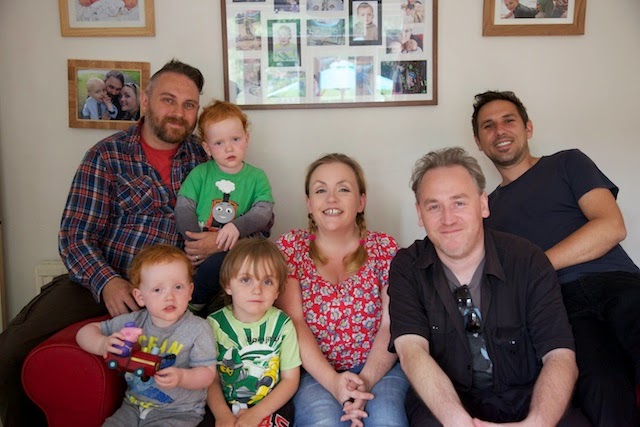 It's such a joy to meet people who's work you admire, then to find that they are kind, approachable and sincere, and one of the most enjoyable things about producing this doc has been the discovery that the comics industry that we all love and cherish so much is full of genuinely cool people!