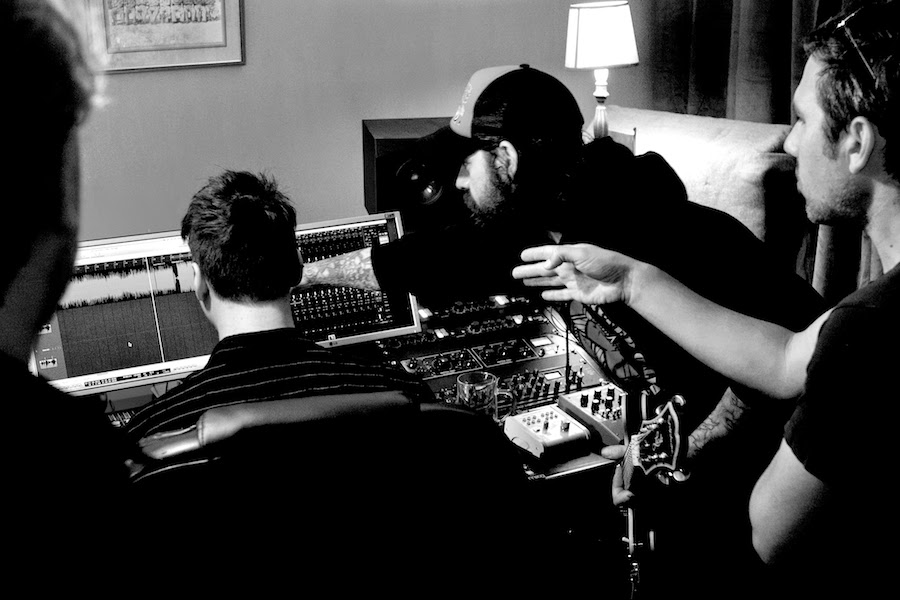 Last weekend Sean and I sat in on an epic 2 day recording session for our soundtrack at Shaken Oak Studios in Oxford.  The score is is composed and performed by Justin Greaves, fresh of the bus from the final night of a massive European tour with his band Crippled Black Phoenix just the night before. Justin worked with Sean on The Devil's Business and Little Deaths, and so when I asked Sean if he though Justin would like to be involved in Future Shock he said "he'd be upset if you didn't ask him!".

So a few weeks back Justin cooked up some demos & ideas for us and fired them over, we were blown away! Properly moshing around in the edit suite :D  Amazing. 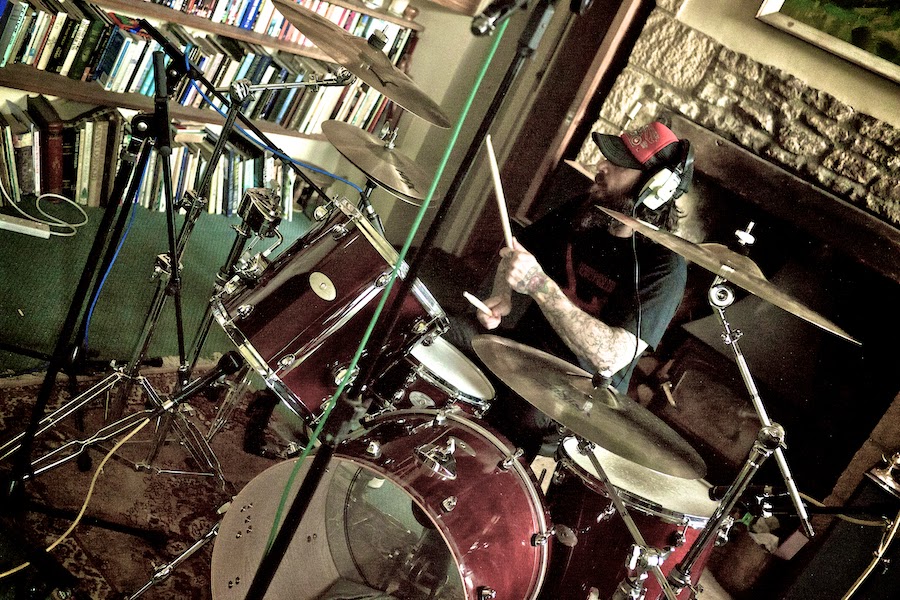 Arthur runs the studio and he and his colleague Jake (both massive 2000AD fans) recorded an extraordinary amount of material over the weekend, including a bonecrunching theme tune and a kick in the face credits track, as well as some beautiful, scary, dark & uplifting pieces for the beds - imagine if John Carpenter started a punk band!  We even had a surprise 59C from Mega City's finest... 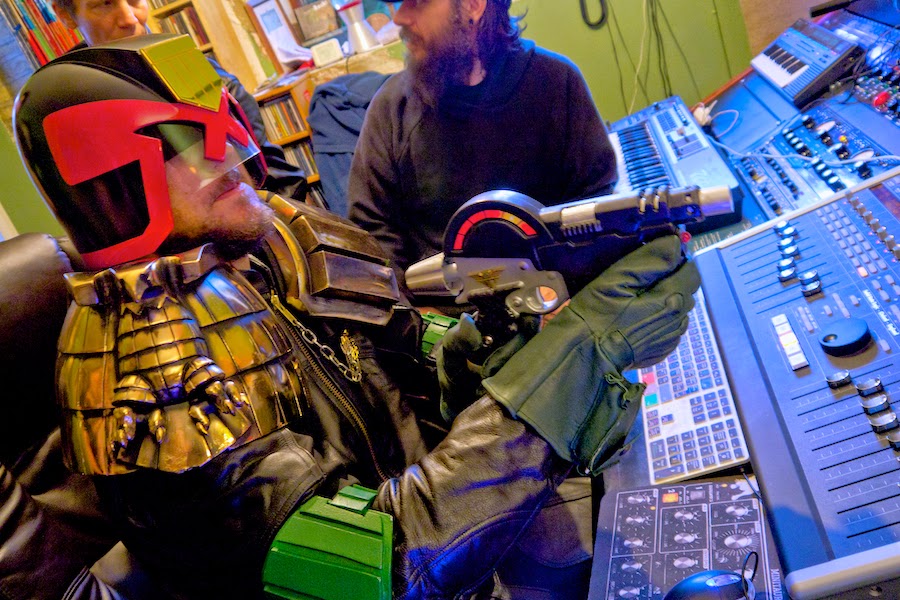 Unfortunately Arthur is now serving 18 months in an iso-cube for crimes against music :)

Massive thanks to Arthur & Jake for putting in a heroic shift for us, it's really amazing how much great material we managed to lay down, an album's worth in 2 days!

Big 'hi' to Wakefield Carter who popped in to lark about with his Dredd props and to amaze us with a fantastic selection of original art, and also huge thanks to Mark Wickson for taking a bunch of great photos to remember the weekend.

I have to say it's a real honour to be at the centre of something where so much creativity is coming together to form the whole, and it's all because of our shared love of 2000AD.  I find it all very moving. 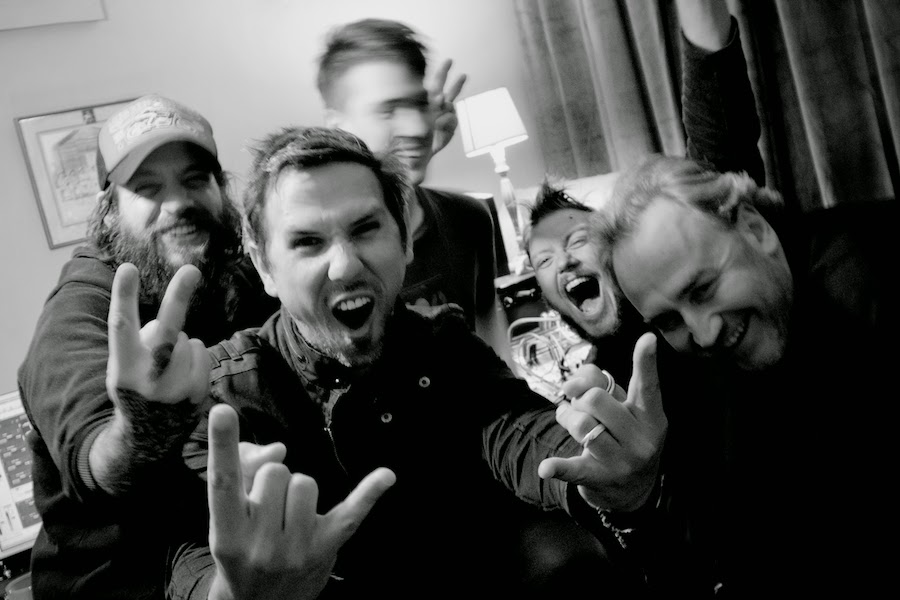