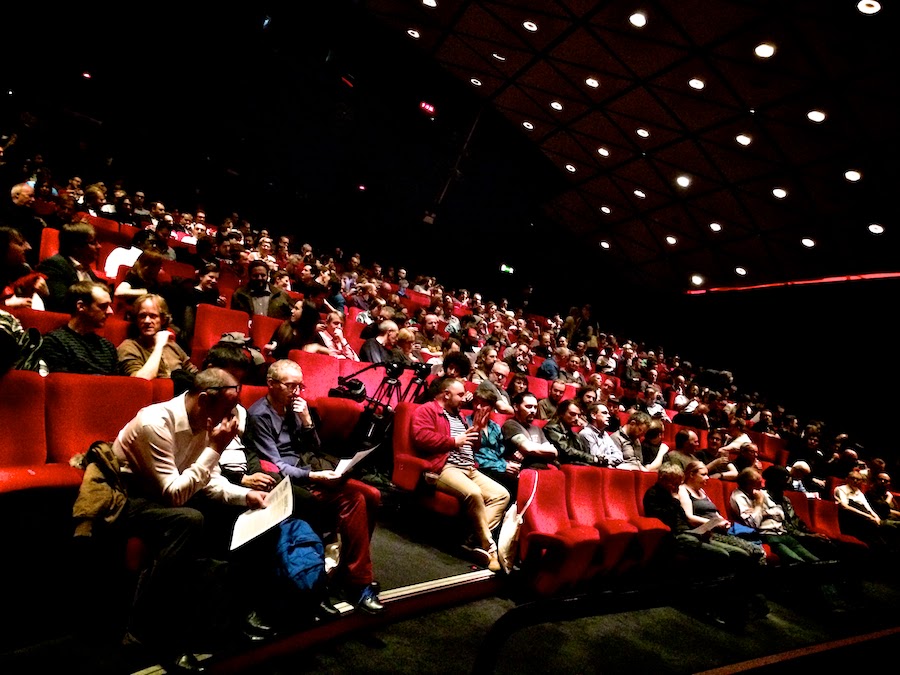 On Tuesday evening we had our European premiere in screen 1 at the BFI Southbank, and what an unforgettable night it was.  Sincerely, I was overwhelmed.  In attendance were friends who came to show support, the production crew, some of whom were seeing it for the very first time and of course there were the hardcore fans of 2000AD, finally getting to see this thing that has kept me out of the sunlight for the last few months..!


The audience also included some of the contributors to the doc, without whom the film would be nothing. It was a bit nerve-wracking for sure, hoping that we have done justice to the comic, its fans and its history, and luckily it seemed to be received very well.  The laughs were certainly all in the right places at least, and we got a nice round of applause as the lights came up during the end credits. It was a very proud moment.

As soon as the film was over Sean, Helen and I were brought up to the stage for a Q&A with Pat Mills & Kevin O'Neill! I swear I had been playing this over and over in my head all week and now it was actually happening. What an experience, to be up there alongside the same creators that have given me so much enjoyment over the years. Truly bloody amazing.


I'm so grateful that we were given the opportunity to enjoy such a special night, the likes of which I'll be very lucky if I ever experience again.

Huge, huge thanks to everyone who came, I hope it was fun :)